If you read on in the novel, you notice the author uses a lot of ergative or reflexive verbs, creating an open-ended atmosphere where nothing is resolved, which is also true of the plot itself. A good question to ask is how the unusual aspects of the style are linked to each other, how they are working together. This disorientation then meshes with the experience of the person watching the landscape dissolve or turn to dust or whatever en la velocidad. That sensation has worked its way into the language. Two lessons we could draw maybe: first, your Spanish has to be good enough to distinguish the standard from the non-standard, the ordinary from the not.

This is probably the hardest thing for people reading in their second language. Especially since the two shade into each other. Second lesson. You have to become aware of your own bias toward writing in this or that style and resist it, or at least not mistake it for creativity. But what is a beautiful sentence? The attraction of the writing is in relation to the content and the overall project. Your Bolivian author is trying to create a certain feel. Because the translator — and I think this is crucial — is both server and performer. The notion of translator as both server and performer makes sense in a situation like this.

Without that commitment to serve, however pleasing the performance, the reader is deprived of something in the original. Of course, a degree of loss or distortion is inevitable, but that seems all the more reason not to advocate approaches that lead to more loss. The danger is that the whole project of bringing people to foreign literature begins to look like an empty piety.

My belief is that when one is really immersed in the original and really has it, feels it, then one wants to give that to the reader; at which point the famous dichotomy just dissolves. You trust the original to seduce the reader and you trust the reader to want the challenge. Three years ago, Victoria Patience, Simon Berrill and Tim Gutteridge were looking for ways to improve the quality of our work. There was only one small obstacle. The result was a collaborative professional development group, which goes by the name of Revision Club.

We started simply by taking turns giving each other feedback on our work, sending back heavily annotated Word documents via email. But the arrangement quickly flourished and we now do a monthly translation slam by Skype , we communicate regularly by email and WhatsApp, we share the occasional assignment, and we have presented our ideas at workshops and conferences. Our ScotNet summer workshop, presented by Simon and Tim, is designed to give participants a feel for how Revision Club works, and an insight into the many benefits it can offer, which range from clearing up those little niggly-naggly doubts about false friends and punctuation all the way up to life-coaching and superpowered professional networking.

During first 60 minutes, the presenters will do a translation slam using the same text as the one participants translated and discussed in session 3. The slam is designed to give participants a feel for how we conduct our monthly Skype slam and will be framed as wider discussion between the presenters and all of the workshop participants. The final 30 minutes of session 4 will provide an opportunity to discuss practical aspects of establishing, organising and maintaining a collaborative development partnership.

Translators like to think that we facilitate communication, building linguistic bridges between the speakers or readers of one language and those of another.

In this job of mediating between two languages we are — we must be — almost neurotically aware of what belongs where. As I work, scanning my writing for false friends, calques and phrases whose subtle clunkiness might reveal their foreign origins to the finely tuned ear, I resemble not so much a facilitator of cultural exchange as a sentinel, obsessed with ensuring that my text remains free of illegal linguistic aliens.

At home, there is none of this vigilance, none of this policing. I am Scottish. I speak English. And Spanish. I live — for now — in Spain. With my Spanish wife. And our teenage children. But this brief description only hints at the ways in which we constantly cross and re-cross the frontier between our two languages.

Here there are no guards, no walls. Instead, every relationship, every conversation even, has its own combination. Indeed, Spanglish only works, can only exist, because of this dual mastery, because its speakers can combine the languages in ways that respect the internal logic of each, that draw on their strengths and on the effects that come from making those switches in mid-utterance.

It is not something people do out of confusion or laziness. We could do that. After all, our family is a little bilingual community of its own. And many families in our situation do.

Of course, we sometimes use Spanish words in our English and vice versa. And sometimes, when a field is very strongly associated with a language, its terminology remains unchanged. So… there are four people in our family, making six two-way linguistic relationships, each of which is different.

My wife G and our son S talk to each other in Spanish. My daughter talks to her brother in English.

He generally but not always talks to her in Spanish. My son generally speaks to me in Spanish. I go with his linguistic flow — when I remember — but default into English otherwise. My wife talks to our daughter in Spanish a lot of the time, but my daughter almost always talks to her mother in English. My wife and I use both languages with each other with, I think, a mild preference on both sides for English. Her English is better than my Spanish. 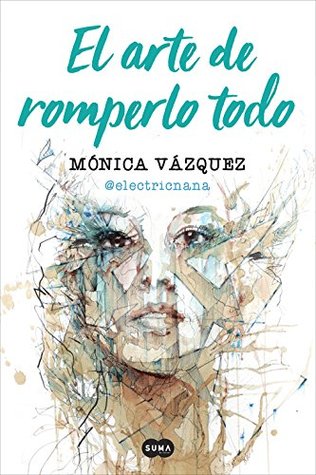 The point being that relationships between individuals are dynamic and shift over time, and where there is the option of choosing languages to express those relationships, then the choice of language will reflect some of those underlying dynamics. By contrast, the relationship between two languages, at least for a translator, must be kept as stable as possible, so that Spanish is always Spanish and English is always English. And so I am a linguistic border guard in my work but a restless nomad with my family.

Anyone who knows me or is familiar with my work will know that I am not a paid-up member of the literal translation school. However, I worry that the understandable emphasis on producing a translation that is a thing of beauty in its own right can lead to translators depriving readers of some of what is most essential in the source text. At first sight, the style is plain and the meaning is fairly clear. The following paragraph gives a reasonable taste. Ella respiraba con dificultad por todos los cigarros que fumaba. Las risas de toda aquellla gente se mezclaron con las voces de los cantantes mexicanos de cumbias que siempre cantaban sobre amores no correspondidos, amores que acaban mal, amores perdidos.

Mac Barnett: Why a good book is a secret door


I watched her without waking her up : her mouth was slightly open, there were wrinkles all around her eyes were surrounded by wrinkles. I brought my face close to hers, let myself feel ing her warm breath as she exhaled. Saliva dribbled from the corner of her mouth, leaving a damp patch on the pillow. There was a party in one of the neighbouring houses. I take it the music is only muffled here, not where it is being played? Is there any significance to Mexican music in a Bolivian novel? He also had a few queries of the sort that will hopefully occur to the intelligent reader when they encounter an unusual or unfamiliar text.

But this left me with a dilemma. Should I resolve some of the ambiguities? Should I ditch some strange phrasings in favour of more natural ones? Her breathing was laboured because of all the cigarettes she smoked. I watched without waking her up: her mouth was slightly open, wrinkles surrounded her eyes.

She choked then began to breathe more easily again, from the way her lips moved continuously I could tell she was having disturbing dreams.

I brought my face close to hers, feeling her warm breath as she exhaled. Saliva dribbled from the corner of her mouth, making a damp patch on the pillow. I looked out of the window at the cars parked in the street.

https://itlauto.com/wp-includes/bluetooth/1889-espionner-gsm.php The laughter of the partygoers mixed with the voices of the Mexican cumbia singers who always sang of unrequited love, love that ended badly, doomed love. The following example involved slightly more extensive rewording but the principle is the same. However, I decided to cut it back for two reasons. Of course, sometimes a bit of expansion is inevitable — but in this case I think it is unnecessary. But the cumulative impact of this is to rob the original of some of its feeling. Now all of these might seem quite minor.

Until we remember that this is a short paragraph in a full-length novel. And that brings me onto my main point. There is an understandable tendency among literary translators to stress the importance of target language writing skills, to argue that the translated text must stand on its own two feet, even — perhaps — to be somewhat dismissive of the whole issue of accuracy or fidelity.

As translators, we also have a duty to the source text obviously and that duty must surely extend to seeking to find ways to carry the style of the source into the target language. Literary translation is not a beauty contest.